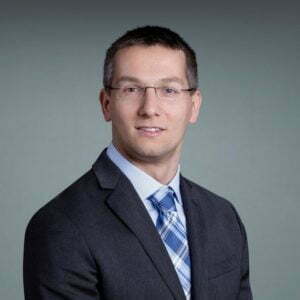 Dr. Antonio Stecco is a world-class authority on soft tissue, and especially the fascial system. Dr. Stecco is a graduate in Medicine and Surgery, and specialized in Physics Medicine and Rehabilitation at the University of Padua, Italy. His areas of prevalent scientific and clinical interest are anatomy of the fascia corporis via dissections and histological studies, including immunohistochemical and molecular biology; study and clinical application of hyaluronic acid; and myofascial syndrome. Following the techniques developed by his father, Luigi Stecco, PT, Dr. Stecco collaborated with his sister, Carla Stecco, MD and authored Fascial Manipulation for Musculoskeletal Pain (Piccin, 2004). It attracted worldwide attention from myofascial therapists to bodywork instructors. The authors based their model of therapeutic technique on thousands of hours of anatomical cadaver research. Since 2008, Dr. Stecco has been on the Scientific Committee of the Fascial Manipulation Association, which brings together researchers interested in studying diseases of the fascia and myofascial origin. He is the author of more then twelve articles published in international journals and co-author of three books.
nasmia2020-01-24T18:39:23+01:00
Translate »
Home
Chi siamo
Fascia
Pilates
Workshop e Eventi
Calendario
Carrello
Contatti